On several occasions I have had the tough but beautiful pleasure of working on a refit of this impressive sailing vessel. This boat has been the dream come true for few owners, a witness of many of their adventures. She was build in 1924 in Germany for an Ambassador of Germany in Hawaii, who became rich on importation of pineapple fruits. During the II World War she had her lead keel taken away to mould it into bullets. Since then she’s been around with cement and steel blocks. Held in a private garden for many years as a souvenir she was bought by a German entrepreneur who gave her and himself a new life cruising many years and making it into a family house between the Meds and the Canary Islands. In a refit in the 70-ties the hull has been covered with a protective layer of fiberglass. What many years ago seemed to be the right choice to keep the boat alive nowadays has turned into factors of greater decay. Fiberglass has covered up the oxidation process and underneath it’s layer rust has significantly progressed. Old electrical installation flaws caused electrolysis that had weakened many other areas. Other cause of corrosion leaking teak deck that over time, despite many efforts has become unrepairable. Even older oregon pine deck base has become weak. The entire deck few years ago has also been covered with a layer of epoxy fiberglass in attempt to seal it and extend it’s usability.

In 2016 we hauled it out with the current owner who inherited the ship, which has always been his home, and decided to keep it. The refit was supposed to be a quick patch up before the actual big refit in the coming years. The issues discovered concerned us about safety of the boat. The refit has eventually grown as new areas of fiberglass have been stripped and the owner eventually decided to go complete. The entire boat has been disassembled and many areas of steel cut out and replaced. The deck stripped off and all the deck beams along with many ribs were remade piece by pice. The exterior woodwork, including both masts, were taken aside for renovation by a professional classic yacht specialized carpenter. The interior including the original 1924 salon has been stored till the end phase of the refit.

Organization and work distribution among a team of up to 8 professionals and volunteers of many nationalities, assisting welders and yacht carpenter, safety supervision and improvements, basic welding, rust cleaning, also with pressured air tools, fabricating many custom steel plates, ribs, deck beams and other pieces, and bringing them to their place preparing work for welders. Disassembling wooden interiors, taking out the main engine, removal of both wooden masts and disassembly of the entire rigging. 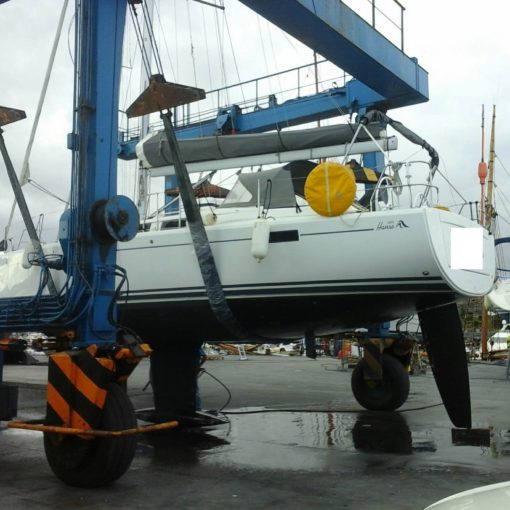 This Hanse 385 is a boat that I have crewed on as a 1st Mate, during her delivery from UK to Canaries […] 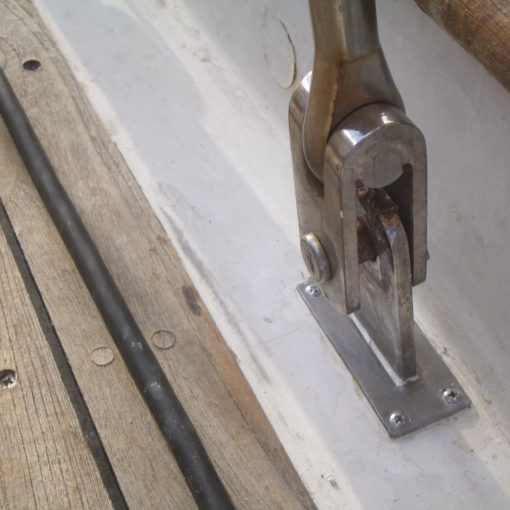 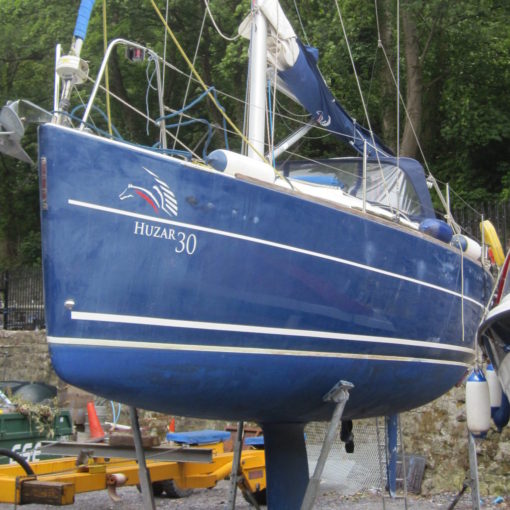 Overall inspection and listing the issues, supervision and work with local specialists and companies. Replacement or service of multiple equipment: winches, pulleys, […]